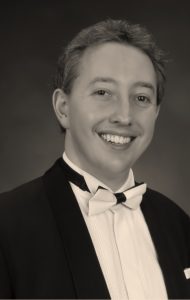 Tom is a well-known and highly regarded Melbourne-based choral conductor, currently directing Excelsis, the Australian Welsh Male Choir and the Yarra Philharmonic Choir. Tom has been the Musical Director of the Mornington Peninsula Chorale (Frankston South), Casey Choir (Berwick) and Out of the Ordinary (Monash University).  He also assists with choirs at both Eltham College and Kingswood College (Box Hill) where he currently works, primarily, as a piano teacher. In recent years Tom has conducted choral performances extensively throughout Australia, as well as performing internationally in the Philippines, China, Taiwan, Hong Kong, the United Kingdom and the USA. In 2017 Tom was invited to conduct the Male Choirs Association of Australia biennial festival in Wollongong and he is proud to have been invited to take on the role of Deputy Conductor for the 2018 London Welsh Festival of Male Choirs, to be held in the Royal Albert Hall, in October. In addition to his experience as a choral conductor, Tom has also had the opportunity to conduct both professional and community orchestras in some of Melbourne’s major performance venues, including St Paul’s Cathedral, St Patrick’s Cathedral and the Frankston Arts Centre.

Tom also composes and arranges choral music, and has had his work published both in Australia (Willow Publishing, NSW) and in the United Kingdom (Banks Music Publications, York). Tom’s compositions and arrangements have received performances in Australia, China, Taiwan, Hong Kong and the USA.

Tom completed his music studies at the School of Music – Conservatorium of Monash University, where he majored in classical piano performance. During his studies Tom was the recipient of numerous prizes and awards, including the Joan Earle Prize for Excellence in Piano Studies (2002 and 2004) and the first prize in the Monash University Concerto Competition (2002 and 2006). He has worked extensively, both within Australia and abroad, as a solo pianist, chamber musician and accompanist.

In 2013 Tom founded Excelsis in an effort to bring high-quality choral music to parish churches within Melbourne, and he has found it most rewarding to witness the establishment and development of the choir over the past few years. As a passionate supporter of community music, Tom enjoys the challenge of working with all of the choristers at Excelsis to produce exciting and engaging choral music. 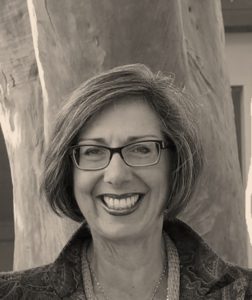 Lynette has enjoyed a varied 35-year career as a Music Teacher, having taught class music and conducted Choirs across both Primary and Secondary levels, as well as dabbling in Piano, Voice, Musicianship, Theory and Instrumental Ensembles Tuition.

She classes herself as a Choral Specialist and has devised a program of warm-ups for choirs of all ages and levels entitled “Choralastics™”, which she has presented at a number of conferences over the years. Lynette worked with The Australian Girls Choir from its inception in 1984 until 2007, which saw her tutor at each of the 7 levels of the Choir and carry out the role of National Music Director to the 4 states for differing periods of time. In 2009 Lynette became the Director of Music for Choir Victoria, a choir that evolved from the Victorian Boys’ Choir.

In addition to her teaching roles, Lynette has enjoyed performing as a lead Alto with three well-known Melbourne Choirs – the Tudor Choristers, Ensemble Gombert and the MSO Chorus; she has played and performed piano duets; accompanied a range of instrumentalists and been repetiteur for Musical Theatre Companies throughout her music career.

Lynette is currently teaching Junior School music at Wesley College, Glen Waverley, looking after Years 1 to 4, one Year 7 Ensemble class and 2 choirs – Piccolo (Yrs 3/4) and Dolce Canto (Yrs 5/6) . This position allows her to implement and explore the Orff-Schulwerk principles of teaching music, which are dear to her heart.

While music and choirs in particular are the major drive of Lynette’s life, the addition of golf to her interests in 2001 has given her a new drive, which she intends to master one day!

Above all, Lynette delights in enriching children’s lives with the wonderful world of music. 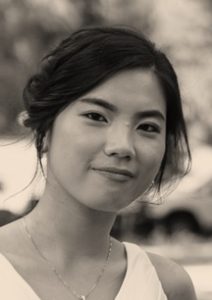 Mina Yu completed her Master of Music degree at the Manhattan School of Music in 2015 and her Bachelor of Music degree at Berklee College of Music in 2012. Whilst at the Manhattan School of Music, she was the recipient of many awards, including the CJ Culture Scholarship and the MSM Scholarship for academic results and merit. She has performed as a jazz pianist, accompanist and music director in a number of New York City’s most prestigious concert venues, including Carnegie Hall, Columbia University and New York Live Arts. Mina has also undertaken international tours of South Korea, England and Switzerland.

In addition to her work as a pianist, Mina is also an accomplished composer and arranger. Since relocating to Melbourne, she has performed her music at Steinway Hall (Armadale), St Paul’s Cathedral, Jazzlab, the Paris Cat Jazz Club, Melbourne University and the Darebin Music Feast. She is also serving as the musical director/pianist for the 2018 Melbourne concert of renowned K-pop star, Tae Woo Kim (G.O.D). She currently teaches piano and is principal pianist at the Academy of Mary Immaculate (Fitzroy).

Having grown up playing music in church in South Korea, Mina believes that the quality of music is a crucial element in community and worship. Mina has an extensive history of working with renowned choir directors and choirs including Angela Watson (Patti Labelle), Willana Mack (August Rush), St Joseph and Holy Family Church Choir, York College Gospel Chorus and Manhattan Country School Choir.  She loves playing with choirs and is excited by every performance with Excelsis. 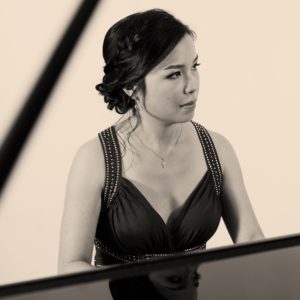 A passionate, sensitive and versatile pianist, Kay has performed with musicians at venues such as the National Gallery of Victoria, BMW Edge at Federation Square, Stones of the Yarra Valley Winery, Zonzo Restaurant and more. Born into a musical family, she studied classical and jazz piano for many years. She completed her LMusA in piano with distinction, a Bachelor of Music Performance at the Victorian College of the Arts and a Master of Teaching at the University of Melbourne. She is completing her Australian Kodály Certificate, which takes a developmental and aural-based approach to music pedagogy.

She has extensive performing experience with musicians across jazz, classical, contemporary and world music genres for concerts, examinations, auditions and other live performances and has recorded a CD entitled ‘Sombras’ with La Tin Shed Orqestra at Move Records, playing the music of Astor Piazzolla. She travelled to the United States in 2014 to study at the New York Jazz Academy where she completed a summer intensive. She enjoys jazz improvisation and leading the band at her church for worship services. She writes her own contemporary arrangements of old hymns, which are used in this setting.

She works as a classroom music teacher and directs a choir at an independent school, preparing students for regular performances in the school and wider community. She also teaches piano, improvisation, music theory and aural skills to private students and assists students with exam preparation. She was music director of the productions ‘King of the Jungle’ in 2013 at Robert Blackwood Hall and ‘The Peace Child’ performed at Venue 1330, Scoresby in 2016. She choreographed, rehearsed and directed the Arts Night Spectacular in 2017, a festival of ‘top hits’ of past musicals for Maranatha Christian School students. A personal goal of Kay’s is develop a deeper understanding of the technical aspects pertinent to other musicians she works with, so she has resolved to learn an instrument from each family. Thus, she dabbles with her growing collection of instruments at home including the piano accordion, melodica, violin, drum kit, guitar, ukulele, saxophone, cornet, trumpet and flute. She is taking singing lessons to develop her musicianship.

When she is not playing music, Kay likes to figure skate, salsa dance, surf, eat and spend time with family and friends. 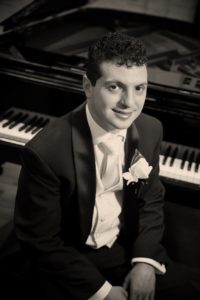 Tony Toppi is an accomplished Melbourne-based teacher, conductor and accompanist. He is a versatile musician with over 20 years of performance experience. He as performed in venues such as Deakin Edge, The State Theatre, The National Gallery Of Victoria, The Melbourne Town Hall and Bennett’s Lane, to name a few. In 2013, Tony completed a Master of Arts (Music Composition), focusing on how narrative texts influence music composition. This study resulted in the creation of 3 chamber works, 3 vocal works and an electronic work. During his tertiary education, Tony studied classical piano and accompaniment with the acclaimed teacher and performer Tamara Smolyar. In 2006, Tony obtained a Graduate diploma in Education and has since taught Music, Italian and Religious Education. From 2009 to 2015 Tony was Director of Music at Emmaus College. Currently he teaches Music, Choir and Piano at Mentone Girls’ Grammar.

At Mentone Girls’ Grammar Tony teaches music to students from years 3 to 12, directs 4 choirs, teaches piano, musically directs the school musical and accompanys many school events. Tony’s choirs have received much acclaim in various competitions around Victoria including the Victorian School Music Festival and the Royal South Street Choral Contest. They also regularly contribute to charity events such as the Live Music Is Good For You festival held at the Royal Melbourne Hospital and Corben House in Mentone.

Tony has had a breadth of experience in musical theatre as a musical director, accompanist and composer. Credits include Fiddler on the Roof (TML Enterprises), Saturday Night Fever (StageArt), Rob Guest Endowment Award, Show Boat (The Production Company), Strictly Ballroom (CLOC), Shrek (PLOS) and the Young Australian Broadway Chorus. During his career as an accompanist and musical director, Tony has worked with leading Australian talent such as Anthony Warlow, Sigrid Thorton, Patti Newton, Lior, Luke Alleva, Mike Snell, Philip Gould and Kate Gould. He has worked under the batons of Kellie Dickerson and David Piper.

When Tony is not playing music he enjoys relaxing with his wife, Claire and cat, Sweeney.